My kids’ elementary school holds mass the first Friday of every month. During the celebration, the teachers give out an award called Peacemaker of the Month. It’s given to one child from each classroom based upon that particular month’s featured trait.

This week, my eighth grader Erik received the award for the trait of Fairness. I guess he let the girls in his class stare lovingly at some other boy last month.

Any hoo, Mrs. Earp was able to attend the festivities – since someone was stuck in court with the dregs of humanity – and the post-mass snacks. Erik has won Peacemaker a few times in his elementary school career, and it’s nice to see him win it before going off to high school.

The Philadelphia CYO High Jump Divisionals were held last night at St. Hubert’s High School. Erik was one of three competitors from Maternity BVM school, and one of two boys in the Minors Division. Either way, Erik would make the Area Championships tonight, as long as he cleared his first jump.

I stashed the cellphone, and he cleared his third and final jump at 4’0″. Best jump, evah! Even more impressive since the bar was above his shoulders.

Erik has two more weeks of practice before Areas, and his coach believes he can hit 4’6″ before then. Erik is now locked in to the Area Championships for the high jump, and can earn a ticket there for the long jump and 200m run this weekend.

END_OF_DOCUMENT_TOKEN_TO_BE_REPLACED 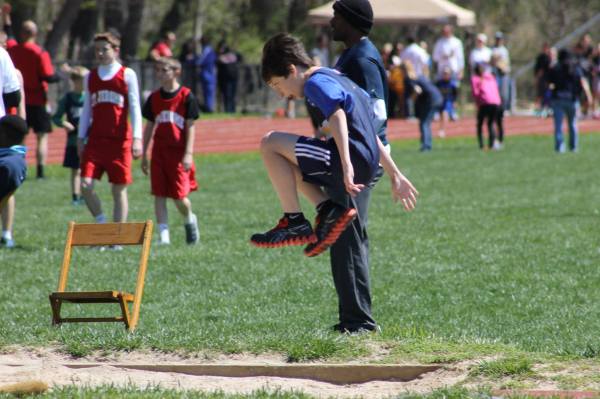 Now that Kyle’s lacrosse season is over, I can get reacquainted with my other little monsters. Erik, in particular, has been the most neglected because I have been unable to see his track meets and lacrosse games. That changes tonight, when Erik will compete in a high jump competition.

For the past few years, Erik had run the 100m sprint, the 4×100 relay, and performed the long jump. His best jump this season was 11’10”, crushing his previous best of 10’10”. This year, his coach asked for volunteers to compete in the high jump. Ever the gamer, Erik volunteered.

His first-ever jump was three feet, which is an okay height. Last week, he jumped four feet, which was enough for the coach to enter him into tonight’s competition. The coach believes if he jumps four feet or more, he will move on to the divisional championships. I’m confident he will perform admirably. 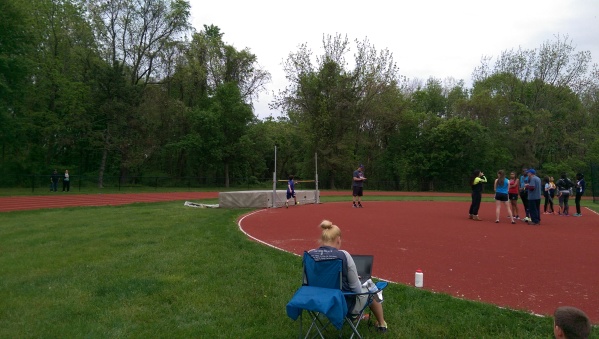 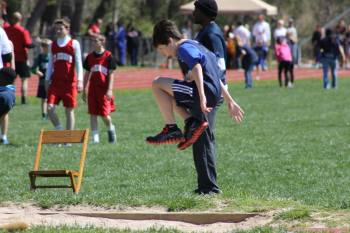 In the last few weeks, I’ve been posting about Kyle’s lacrosse season, but have been neglecting Erik and his updates.

Erik is playing three sports this spring: soccer, lacrosse, and track. Lacrosse and track take precedence, but he will make as many soccer games as possible. My work schedule is such that I can make more than a few track meets – Erik’s long jump gal is 13 feet this season – but Mrs’ Earp informed I can make none – zero – of Erik’s lacrosse games.

Part of the problem is my work schedule, and the other problem is as Kyle’s coach, my first priority is to the high school team. So, in effect, Erik gets screwed. I told him I would make every effort to see him play lacrosse, even if it means taking a vacation day, but I feel badly. Erik is a very good lax player, and I want to watch his games.

I get with four kids I cannot make every event, but it would be nice to see one lacrosse game.

So while I was working last night, Mrs. Earp sent me this photo. Apparently, Erik decided to lie down in the upstairs hallway to read. Okay. A few minutes later, Julia joined him, and the two read books for almost an hour. I thought the hallway was an odd choice, since their bedrooms are only feet from where they were lying, but if they’re reading, I’m happy. I just thought it was a nice picture.

Oh, and for the record, the plastic bag behind Julia is not trash. It’s clothing.