While President Trump was closing the borders to foreigners infected with the Wuhan virus, House Democrats were constructing a bill determined to limit the president’s immigration powers.

As President Donald Trump was using his authority to ban travel from China, House Democrats were pursuing legislation to restrict the president’s authority to limit immigration.

Now, House Democrats are continuing to stand by their support for the No Ban Act even as the coronavirus pandemic continues to spread in the U.S., and throughout the world.

The legislation, introduced April 2019, “imposes limitations on the President’s authority to suspend or restrict aliens from entering the United States and terminates certain presidential actions implementing such restrictions,” and currently has 219 Democratic co-sponsors in the House of Representatives. 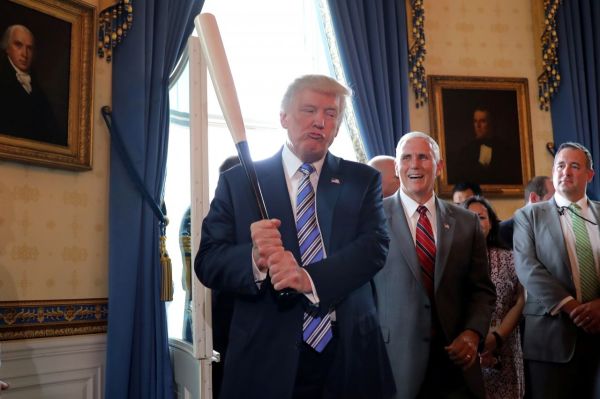 President Trump has signed an executive order stopping all immigration to the United States for the duration of the Wuhan virus pandemic.

President Donald Trump tweeted late Monday night that he will sign an executive order temporarily limiting all immigration to the United States in light of the coronavirus pandemic.

“In light of the attack from the Invisible Enemy, as well as the need to protect the jobs of our GREAT American Citizens, I will be signing an Executive Order to temporarily suspend immigration into the United States,” he wrote shortly after 10:00 pm ET.

This is a great move from a medical perspective, and a terrific move politically. The Democrats continue touting the lie that the president is doing nothing during the pandemic, but they are also calling him a racist for closing the borders. This order forces the leftists to choose between two false narratives. 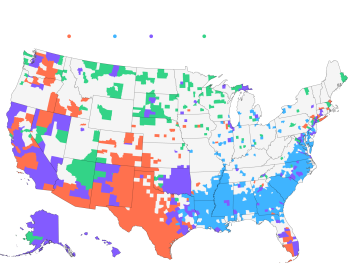 The United States of America is changing, and some people believe it is not changing for the better. Decades of immigration – legal and illegal – is changing the racial makeup of this country, especially during the Obama years.

America is more racially diverse than at any point in history, and racial minorities are becoming more geographically dispersed than ever before.

Why it matters: Even before the 2020 census gets underway, recent population data makes it quite clear that rapidly expanding diversity will be the overarching theme of this century’s demographic shift.

Nationally, Hispanics and Asian Americans are the fastest-growing racial minority groups, increasing by 18.6% and 27.4%, respectively, between 2010 and 2018, according to an analysis by the Brookings Institution demographer Bill Frey, whose 2018 book “Diversity Explosion” outlined the country’s majority-minority future.

They’re moving beyond the large metro areas that have historically been popular with immigrants (New York, Los Angeles and San Francisco) to smaller cities across the country, including the Midwest and Northeast.

Now before the leftists start sending me hate mail for “hating the brown people,” I actually have very little problem with this story. The bottom line is I’d like to be here when I can claim minority status, and start receiving all the perks therein. 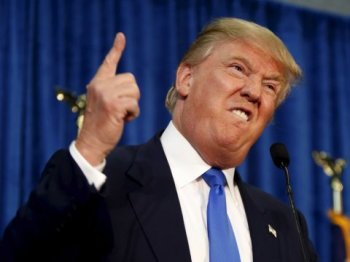 President Trump is expected to enact an executive order to place the citizenship question back into the census; a ridiculous move, since the entire point of a census is to see how many CITIZENS live in the country.

President Donald Trump will take executive action on adding a citizenship question to the U.S. Census, an administration official confirmed to the Daily Caller on Thursday.

The president floated on announcement on the citizenship question on Twitter, stating, “At [the Social Media Summit’s] conclusion, we will all go to the beautiful Rose Garden for a News Conference on the Census and Citizenship.”

An administration official [said] Trump does intend to take action on the citizenship question, and the White House updated its daily press schedule to include presidential “remarks on citizenship and the census” Thursday evening.

I am so tired of these activist judges stopping the president’s agenda at every turn. He needs to pull an Andrew Jackson, enact the policies he wants, then ignore any judicial repercussions. Obama and Eric Holder did it; why can’t Trump?

Oh, and as an aside, I’m starting to think Brett Kavanaugh is going to be worse than Roberts. He may have been the president’s greatest mistake. Hopefully Amy Coney Barrett can replace the deteriorating Ruth Bader Ginsburg. 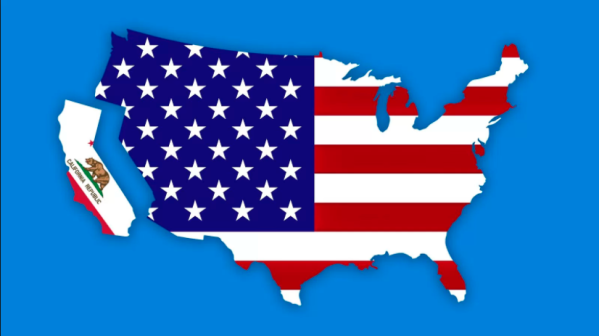 The city of Huntington Beach is fighting back against California’s lawless position on illegal immigrants.

Another Orange County city is joining the fight against sanctuary city status. The Huntington Beach City Council voted 6 to 1 to sue the state over SB 54 — the Senate bill that would protect undocumented immigrants by limiting the cooperation between local police and ICE agents.

More than 100 people were at the meeting to tell the council they wanted to join the Orange County lawsuit, just days after Los Alamitos became the first city in Orange County to leave their sanctuary city status behind.

Congressman Dana Rohrabacher could barely be heard over the hecklers.

In fairness, shouting down any congresscritter is usually a step in the right direction. This is a great move by Huntington Beach, and hopefully other cities will add themselves to the lawsuit. 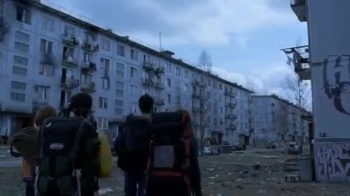 The latest uproar over our Sexist, Intolerant, Xenophobic, Homophobic, Islamophobic, Racist, Bigoted president revolves around his “alleged” claim America should not accept immigrants from “shithole countries.”

President Donald Trump referred to Haiti and African nations as “shithole countries” during a meeting with a bipartisan group of senators at the White House, a Democratic aide briefed on the meeting said.

Trump’s comments were first reported by The Washington Post, which said the group of nations referred to also included El Salvador.

The comments came as senators huddled in the Oval Office with the president to discuss a path forward on an immigration deal. Trump questioned why the United States would want people from nations such as Haiti while he was being briefed on changes to the visa lottery system.

According to the aide, when the group discussed immigration from Africa, Trump asked why America would want immigrants from “all these shithole countries” and that the U.S. should have more people coming in from places like Norway.

The best response to this ridiculous non-story came from Jim Treacher on Twitter:

So it's been confirmed by… a political opponent who wasn't actually in the room?

Let’s assume, for the sake of argument, the president was quoted accurately. So what? Does anyone believe America would be better off taking immigrants from Somalia, Iraq, or Kazakhstan instead of Finland, Tunisia, or India? Because I sure don’t.

I also don’t think this is the blockbuster story the leftist media believes it is. There ARE shithole countries on this planet, and everyone agrees which ones are on the shit list. Stop your pearl clutching and get a life. 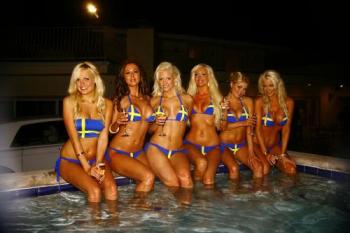 Ah Sweden, home of meatballs, an infamous bikini team, and the largest rapist-to-babe ratio on the planet Earth.

The Swedish police face over 40 reports of rape and sexual assault at two music festivals over the weekend in Karlstad and Norrköping. The police have identified seven suspects described as “foreign young men.”

The victims are mostly under 18-years-old with three under 15. The youngest victim is only 12-years-old.

In Karlstad, Inspector Leif Nyström confirmed they have 32 reports of assaults at the festival Putte i Parken.

Ironically, Sweden is suffering the same downfall as the United States; the willful blindness to truth due to a proliferation of political correctness.