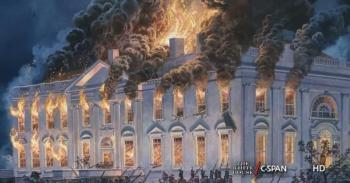 Vacation has been fabulous so far, but today was our first rainy day. So, after two hours at the beach, we’re stuck inside, and I had a chance to read some blogs and news sites.

First, I read a story that AG William Barr will not prosecute former FBU Director James Comey even though the Inspector General found Comey committed crimes. Apparently everyone in the Swamp gets the Hillary treatment.

I keep hearing he’ll be charged for FISA abuse, but I have no confidence in that.

Then there’s this. The president suggested John Rartcliffe step down from his DNI nomination because the mean Democrats will attack him and his family. Respectfully, Mr. President, is there a nominee they won’t try to destroy?

….John has therefore decided to stay in Congress where he has done such an outstanding job representing the people of Texas, and our Country. I will be announcing my nomination for DNI shortly.

Then finally, the Mexican president is claiming the president is becoming “more moderate” with his immigration talk. Possibly bullshit, butt where is our wall? It’s been three years.

President Trump has announced Texas Representative Dan Ratcliffe, the man who destroyed Mueller last week – will become his new Director of National Intelligence. This, ladies and gentlemen, is a spectacular move.

Trump announced Sunday that Ratcliffe would replace Coats, whose last day in office will be August 15, according to Trump’s tweet. Trump and Coats have publicly butted heads during the latter’s two-year tenure as DNI.

The president has been toying with the idea of getting rid of Coats for months, sources familiar with the situation previously told the Daily Caller.

Dan Coats was a stereotypical Swamp creature, who spent nearly forty of his 76 years in elected office. Recently, he’s spent more time trashing the president than doing his actual job, so Coats’ term wasn’t going to last the year.

To give you an idea of Ratcliffe’s political ideology, he’s already hated by the right people. Everyone from back-bench Senator Chris Murphy to the (hopefully) soon-to-be-prisoner John Brennan are already trashing him.