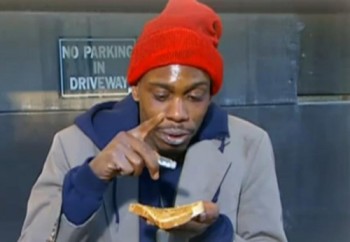 So let me tell you about my Good Friday.

Everything was quiet until about noon, when all hell started breaking loose. One of the many jobs which came in was a “home invasion.” A home invasion usually entails armed intruders forcing their way inside the residence, tying the residents up, and assaulting them before taking items – money, drugs, etc.

Unfortunately, this was a “home invasion” in my division, where the details are always surprising.

The victim claimed a male came to her front door, forcibly entered the residence, pulled out a handgun, and took $300 cash before fleeing the scene.

After being interviewed by a detective, the details came into focus. The alleged offender in this case is the victim’s drug dealer. The victim called the dealer to house to sell her marijuana. They had an argument, and Omar pulled out a gun before swiping her weed money and fleeing the scene.

So no, this was not a home invasion, especially since the victim let the dealer in. If anything, it was a pharmaceutical fraud, and we will put top men on the case immediately. Top. Men.