MSNBC fake news purveyor Mika Brzezinski incurred the wrath of Melania Trump this week after claiming the First Lady is looking for a divorce.

“I know Melania. I haven’t talked to her in months, but if my gut is right, I don’t think she’s going to put up with it much longer,” Brzezinski said. “That’s just my instinct and I go with my gut and my gut’s always right. Melania’s got the worst job in the country and I don’t think she wants do it a lot longer. I think she will do it for as long as she has to for her son, and that’s it.”

Later in the day the first lady’s office hit back – hard – issuing a statement for Mrs. Trump. “It is sad when people try to further their own agenda by commenting on me and my family, especially when they don’t know me,” she said.

One of the best things about the Trump presidency is both the president and the first lady have no problem fighting back against their detractors. Similarly, I’d appreciate it if the GOP Establishment’s media whores – looking at you, Ben Sasse – would stop criticizing the Trumps and start criticizing the real enemies; the biased media. 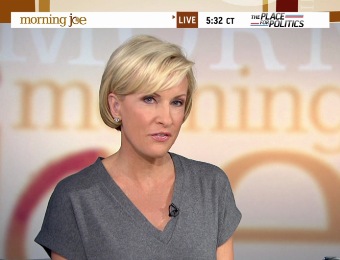 MSNBC hack Mika Brzezinski suffered through a rare case of honesty this morning, solidifying the rumor the media is not out to inform, but indoctrinate.

While discussing President Trump’s entreaties to the American people to remain skeptical of the press, MSNBC’s Mika Brzezinski worried that if the economy turns south, Americans may end up trusting him over the media.

“And it could be that while unemployment and the economy worsens, he could have undermined the messaging so much that he can actually control exactly what people think,” Brzezinski said. “And that, that is our job.”

The comment failed to raise any eyebrows from her co-panelists. Instead, her co-host, Joe Scarborough, said that Trump’s media antagonism puts him on par with Mussolini and Lenin.

Thankfully, the comments were regurgitated on MSNBC, so only a handful of people heard them.

I do find it ironic the people who are the loudest critics of the “Fake News” charge are the ones perpetuating fake news.