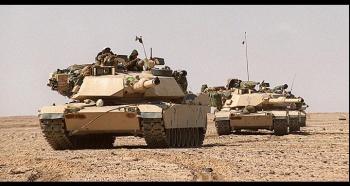 President Trump is considering sending the U.S. military to protect the southern border; a move which is guaranteed to please most citizens and enrage the leftists.

The President’s comments appear to take aim at current US policy which requires border agents to catch then release family units who arrive at the border from noncontiguous countries. He also said he had spoken with Secretary of Defense James Mattis about the use of the military to guard the border.

In recent days, Trump has repeatedly tweeted about a caravan of illegal immigrants making their way from Honduras to the US border via Mexico. The President had threatened to end the NAFTA agreement if the Mexican government did not stop the caravan and to end U.S. aid to Honduras.

Personally I think this is a brilliant idea. Mexico and Central America has been giving us the immigration finger for far too long. It’s time to stop this madness, and since the GOP refuses to give the president his wall, Trump should use his power to station the military there.

Top Five Entries:
5. “Your attention please: The 7.62x39mm frontal lobotomy will now be performed on the parade ground!!!” – DocRambo
4. “If he does not stop stroking the barrel of my rifle I will shoot the bastard!” – Cathy
3. “No – really. You can see 100 naked virgins. You just have to put your eye right up to the barrel …” – Sully
2. “Yes, of course, you got the promotion. Now please remove your finger from off the trigger.” – Metoo

WINNER! – “Now pull trigger and let me see if bullet come out!” – Mike

Caption this photo in the comments section. The winners will be posted Monday, February 22nd.