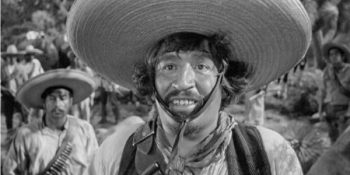 In the course of my 333 True Detective Stories, few people have been profiled and reviled more than Diego the Idiot Detective. For good reason.

On Wednesday morning, Diego was bragging that he was getting a search warrant for a man who threatened people with a handgun. Diego made it seem as he was going to kick in the door, alone, grab the offender, and be awarded the Medal of Honor. Diego omitted the fact our SWAT team handles these search warrants, and Diego will be sitting outside the entire time.

Anyway, Diego spent most of his Wednesday preparing the search warrant, and took it down to the magistrate for it to be approved. Diego returns to the division, give it to the supervisor for approval, and when the sergeant looks it over, it’s rife with errors. Many, many errors.

Search warrants are important, and the facts need to be rock solid. It’s also a good idea to type the search warrant – than say, handwrite the warrant – especially if you, like Diego, can barely write in cursive. Some of Diego’s narrative was unreadable, and at best, difficult to follow.

The handwriting was the least of Diego’s problems. To wit…

1. As I mentioned previously, Diego used a pen to handwrite the facts and the narrative, which is always a no-no.
2. Diego wrote the wrong address on the search warrant, which was twenty blocks away from the actual residence.
3. Diego had the magistrate approve a search warrant rife with errors, and wanted to just ignore it.
4. And finally, Diego misspelled his own last name, which he used a pen to turn an “n” into a “m.”

This clown is, by far, the dumbest person I have ever known.