Meet Politico senior correspondent Anna Palmer. Like the rest of the staff at that fake news site, Anna despises conservatives, Republicans, and the rest of the great unwashed. Unfortunately, Anna also acts upon her impulses, especially when she’s near her precious, precious alcohol.

Politico Playbook writer Anna Palmer pulled a Mel Gibson last Thursday night at the Four Seasons hotel in Washington’s Georgetown neighborhood when she approached a civilized gathering of President Trump allies and incoherently blasted them for apparently being on the wrong side of America’s political divide.

The source, who was spotted in the East Wing on Friday, described her as “slurring her points. Unintelligible. Republicans. Corrupt. Bad. Like, can’t finish a sentence. She was wagging her finger at us. She’s one of the faces of Politico. We’re all Republicans. We all have pretty close ties to the White House.”

You stay classy, Anna. Politico, unsurprisingly, disputes the entire story, despite a gaggle of independent witnesses. In Politico’s fake news version, Palmer was accosted with chants of “Fake news!” from the group, and immediately left the bar after feeling “uncomfortable.” Seems legit. 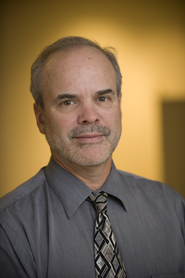 “Stop whining about Richard B. Spencer, Nazi, and exercise your rights as decent Americans,” Hirsh wrote in a public Facebook post. “Here are his two addresses.”

“I wasn’t thinking of a fucking letter, Doug. He lives part of the time next door to me in Arlington. Our grandfathers brought baseball bats to Bund meetings. Want to join me?”

For the record, I believe Richard Spencer is a hateful douche canoe. That said, in America, you have the God-given right to be a douche canoe, or in this case, a douche ocean liner. Hirsh was completely out of line, and his resignation turns my frown upside down.

I also think it is high-larious that every liberal internet tough guy looks like a mealymouthed weasel who needs help carrying groceries to his Prius.