After sitting in a waiting room for an hour – the office computers all crashed – I finally received my biopsy results. The biopsy samples were benign. I guess that means there was at least the appearance of a small tumor? I’m a detective, not a doctor.

Since this is another win, I’d like to quote Sterling Archer, “Lana, I’ve never had a death wish, it’s just that I don’t believe that I personally even can die.”

I still have to see the urologist for tests every six months because my Prostate Specific Antigens (PSAs) are still higher than normal, and I’m sure this isn’t my final prostate biopsy, but if they catch cancer early, it’s more treatable.

I don’t get it. I’m sitting at 184 pounds, I go to the gym every other day, and I’m in the best shape in twenty-five years. Why is this happening?

I took a moment to break down in the car after I heard the news. I think it was the culmination of all the recent stress. Thank you all for the prayers and well-wishes.

Well, that was unpleasant.

In my fifty years on this planet, I have been subjected to two broken wrists, skin cancer surgery, an appendectomy, intestinal surgery, and countless stitches in the head and chin. Every invasive procedure hurt, but all of them combined are not as painful as a prostate biopsy.

This coming from the guy who has a very high threshold for pain. My sister the nurse actually brags about it to her medical pals. “Oh, he won’t ask for pain meds. He’ll just suck it up.”

This biopsy was less painful than the first, but it was still pretty excruciating. The ultrasound wand was much more painful than the biopsy tool. Mostly because it was larger. Not. A. Fan.

The biopsy went well from the doctor’s perceptive. They sliced a dozen samples from my prostate – every snip was uncomfortable – to send off to the lab. The doctor believes there is either a cyst or a lump on the prostate, but the tech thinks it’s a prostate stone. Who knows?

The aftermath was not fun. They had to clean up a lot of blood, but they said that would subside in an hour or so. My first urination looked like the elevator opening in The Shining, but after that, everything got immensely better.

I spent yesterday just lying around the house and today will be much of the same. They don’t want me doing much until Thursday, and for a change, I’mm actually going to listen to doctor’s orders.

Oh, I won’t get the results back until March 2nd, so here’s to two weeks of stressing out! 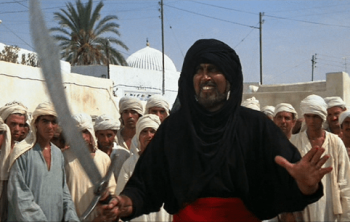 In a little more than two hours, I will be lying on an examination table with my pants around my ankles, bracing for pain.

In other words, a normal Saturday night for Alyssa Milano.

Today is my prostate biopsy – the second in fifteen months. My prostate specific antigens (PSAs) are high, and the doctor wants to make sure nothing down there is pulling in to Cancertown. I’m actually not worried about a cancer diagnosis, but I am deeply concerned about the biopsy. It is literally the most excruciating procedure I have ever gone through, and I am not looking forward to it.

For the first time in my life, I will follow doctor’s orders and take it easy for the next day or two. I likely won’t be around the blog much today, but I will have posts up for your reading displeasure.

Also, if you could ask The Big Guy for a favor, I would rally like to avoid cancer.