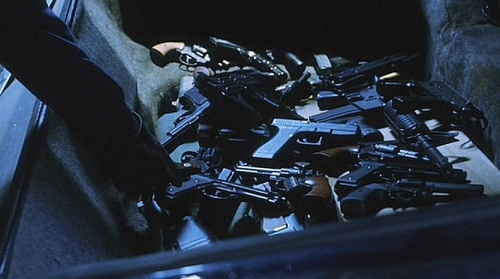 In a truly surprising move, California residents have purchased more than 110,000 firearms since the Chinese Wuhan Virus escaped.

A new study reveals that 110,000 Californians bought guns during the coronavirus pandemic, 43% for the first time — and the most common reason given was fear of “lawlessness.”

The study, carried out by the Violence Prevention Research Program at the University of California Davis, casts firearm purchases as a response to the “pandemic,” and concludes that COVID-19 “exacerbated persistent structural, economic, and social inequities in the conditions that contribute to violence and its consequences.”

The study reveals that 43% of the people who purchased firearms during the pandemic were first-time gun owners. The authors conclude that this reflects underlying inequalities in society — that “the coronavirus pandemic and efforts to lessen its spread have compounded the burden of violence-related harms.”

Um yeah, it’s the inequalities in society and not, say…

However, the authors appear to overlook another explanation — namely, the fact that violent riots were going on in California and the rest of the country during the period in which its online survey of 2,870 adults was taking place.

The irony here is even leftists were probably buying guns to save themselves against policies they universally support. They bought their guns and will still gleefully vote for Biden, Harris, etc. 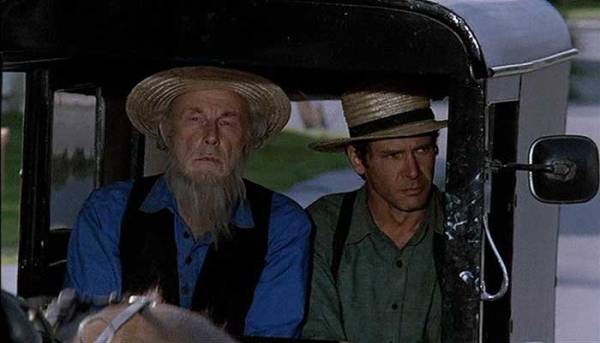 A Lancaster, Pennsylvania judge has set bail at $1 million for the thugs who rioted after the death of Ricardo Munoz. You may remember Munoz, who charged at a Lancaster police officer with a butcher knife. The officer, rightly, shot Munoz, killing him. These are the “heroes” of the Left.

Several individuals accused of rioting in Lancaster, Pennsylvania, after the police shooting of Ricardo Munoz have had their bail set at $1 million. Of the nine who were given that bail amount, none were able to post it.

That’s a shame. Lancaster has become a shithole, but the surrounding area is Amish country, and they don’t f**k around when it comes to rioting.

Twelve adults have been charged with criminal conspiracy for arson, riot, institutional vandalism, failure to disperse, obstructing highways and other public passages, disorderly conduct, and defiant trespass. Nine of them had their bails set at $1 million. One of the 12 faced an additional charge of illegal possession of a firearm. At least eight of those charged are not Lancaster residents.

One 16-year-old has been charged with riot, disorderly conduct, possession of instruments of crime, possession of a small amount of marijuana, propulsion of missiles onto a roadway, and institutional vandalism.

Wow, George Soros must pay pretty well to get teenagers to go to prison for him.

One would think the city of Minneapolis, Minnesota would just sit down and shut up after the George Floyd riots flattened their disgusting city. Unfortunately for the city council, they decided to pop out of their hole to remind us why they’re a disgusting, despicable group of humans.

The city of Minneapolis suffered around 1,500 heavily damaged buildings, with 150 set fire to and dozens burned to the ground. The city suffered half of a billion dollars in estimated damages from the riots following the police murder of George Floyd.

Defenders of government’s necessity argue that the protection of life and property is allegedly one of the goods government uniquely provides and for which we pay taxes, yet Minneapolis demonstrably did a terrible job on this task. But whether the government delivers on what it promises, it will always be diligent in insisting we pay for those promises.

Today the Minneapolis Star Tribune takes a long look at one reason why the aftermath of rampant destruction, as yet untended to, continues to haunt the city. As social scientists understand, such riot damage can have dire effects on development and poverty in an area for decades down the line. But one city policy in Minneapolis is ensuring, for now, that even early faltering attempts at clearing the rubble can’t move forward in many cases.

You see, you can’t rebuild or do anything useful with your land until you’ve cleared off the rubble left on it by the rioting. And you can’t do that without a permit, of course. Minneapolis is a city of order, after all. And you can’t get the permit without paying off your 2020 property tax bill in full. As a result, only around 20 wrecked buildings have been demolished, according to the city.

As horrible as this policy is for the business owners, it is not the most puzzling question here. My question is why would any business owner stay in Minneapolis after the last three months of rioting, looting and murder? Tell the city council to go fuck themselves and move to a free state which believes in law and order.

New York City police officers are retiring at such an alarming rate the personnel office had to slow the amount of paperwork they receive on any given day.

The New York City Police Department is reportedly having to limit the number of retirement applications that it processes on a daily basis due to the overwhelming number of officers who are retiring due to loss of overtime pay and a lack of respect in the current political environment that demonizes police officers.

Now why would that be? This is an enriching, fulfilling, honorable profession which earns respect from both the law-abiding community and the seedy underworld.

“A surge of city cops filing papers during the past week more than quadrupled last year’s number — as the city grapples with a surge of shootings — and the stampede caused a bottleneck that’s forcing others to delay putting in their papers.” “The astonishing rush for the door came as 503 cops filed for retirement between May 25 — the day George Floyd was killed in Minneapolis, sparking anti-cop protests around the country — and July 3, the NYPD said.”

Even for a department with 19,000 officers, 503 retirements in nine days is a startling statistic. It should also be noted the retirements likely didn’t stop on June 3rd. If anything, the situation has gotten worse in the last month, and I’m certain the number of officers putting in papers is now well over 1,000.

“Apparently, the pension section is only taking a certain amount of people per day and I think they are backed up till late July, early August,” one police officer told the Post. “That’s why you don’t see like 100 a day, because they are only doing like 35 to 40 a day, by appointment.” (H/T – J.J. Sefton, AOSHQ)

My department is in the same boat. If you call the personnel department to schedule early retirement, you’ll get a date in three to four months. Most officers in blue cities are getting out because the mayors, district attorneys, police commissioners, and many citizens no longer have our backs.

If you think blue cities are violent now, you ain’t seen nothing yet.

You folks may find this difficult to believe, but the weeks-long looting, rioting, and protesting in Minneapolis have created some unintended consequences. Well, unintended for clueless politicians and the leftists in academia.

Nearly a quarter of the homes for sale and 43% of the apartments for rent in Minneapolis hit the market since violent rioting began in the city.

It appears that residents of Minneapolis are looking to leave their city amidst a wave of unrest and a campaign lead by the progressive city council to abolish its own police force. 22% of the 612 homes listed for sale in Minneapolis on Zillow were posted there within the last two weeks. A staggering 43% of the 740 apartments for rent listed on Zillow hit the site since the riots began. Zillow is the premiere online real estate service. (H/T – TX Nick)

The good news is you can purchase a fabulous home mere blocks away from the University of Minnesota campus. The bad news is to get there, you have to walk through a neighborhood which makes Mogadishu look like Beverly Hills.

I feel sorry for the good people who will be trapped after the exodus – and trust me, there will be thousands of them – but I have no sympathy for the people who continually elected Democrats in that city. You did this; not Trump, nor the police, nor anyone else.

Since George Floyd’s death at the hands of a few Minneapolis police officers, the twin cities of Minneapolis and St. Paul experienced violent riots and looting of businesses by “protesters.” The story is huge, as it should be, but I figured it would be derelict of me to avoid comment.

So, here’s the take of someone who’s been in law enforcement for a quarter of a century.

George Floyd. Floyd had an outstanding body warrant, but from all appearances it was not for a felony. (I may be wrong here, but I heard it was effectively a misdemeanor.) Having said that, a warrant is a warrant, and Floyd should have been detained. Some people were claiming Floyd was resisting, but I don’t really see any evidence of that. People don’t want to be arrested, and will usually put up some resistance, but I saw nothing warranting a dog pile. There is no reason Floyd should be dead.

The Minneapolis Officers. As a rule, I don’t Monday Morning Quarterback police officers when they’ve landed into stressful situations. Four officers should have been able to control Floyd with control holds and verbal commands. When Floyd was on the ground, every effort should have been made to handcuff him, but when Floyd said he was having trouble breathing, the officers should have gotten him upright. There can be many reasons why they did not – I wasn’t there – but kneeling on a suspect’s neck is not something I would do.

The Rioters. These people were so incensed at Floyd’s death that they decided they needed new televisions and video games. The St. Paul police had bottles and rocks thrown at them – I was listening to the live police radio feed – and the rioters were lighting fires and damaging police cars. These are arguably the most despicable “humans” in this story.

The TL/DR version is as follows. The officers involved need to be investigated, obviously, for the death of George Floyd. I won’t say Floyd was murdered, but he certainly was killed. Judicially, there is a difference. I don’t know if the officers panicked, ignored their training, or just lost their tempers, but either way, this was an event that could have been avoided.

No matter what happens, it’s a terrible time for Minneapolis/Saint Paul.