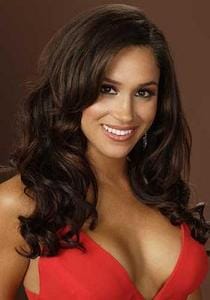 Prince Harry and Meghan Markle, the two most annoying “celebrities” on Earth, have lashed out at the Queen, claiming she does not own the word “royal.” Wow, these two really have a pair of balls on them.

Meghan Markle and Prince Harry stunned fans last month when the couple announced they would be stepping back as senior members of the royal family. On Friday, the pair’s spokesperson confirmed that, as a part of this plan, the Duke and Duchess will refrain from using the word “royal” or “Sussex Royal” brand in any capacity going forward, citing “specific UK government rules” as the reason.

But in a more lengthy post on Harry and Meghan’s official website, the pair detail exactly how the transition will take place while also insisting that the Queen does not have any ownership over the term “Royal.”

Harry is a dope, but I think all this stems from Meghan. The chick is a publicity hound, and since she doesn’t get any Hollywood roles anymore, she needs to make herself relevant to the unwashed masses. Good luck with that Harry, because when her looks fade, all you’ll have is that irritating personality.