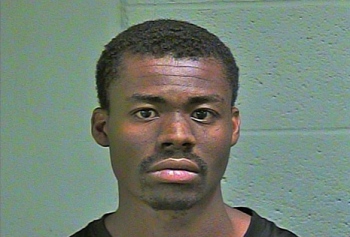 Jerome is a sensitive boy who likes drinking, smoking weed, and ruining his life over idiotic arguments.

During the “Star Wars”/”Star Trek” argument, Burke Bradley Warren, 19 “became so frustrated” with Jerome Dewayne Whyte, 23, that he left the pair’s shared living area and went to his room. As he departed, Warren told Whyte, “You’re just a trick.”

That comment prompted Whyte to follow Warren into his room, where Whyte allegedly twice shoved his roommate to the floor and then sought to “choke out the victim.” While being strangled, Warren “went in and out of consciousness.”

Since police judged Whyte to be the “aggressor in this altercation,” he was arrested for assault and battery. He was also charged with marijuana possession. It is unknown which film Whyte, seen in the above mug shot, believed to be superior.

Whyte was obviously the Star Trek fan, since no self-respecting police officer would ever arrest a Star Wars aficionado. 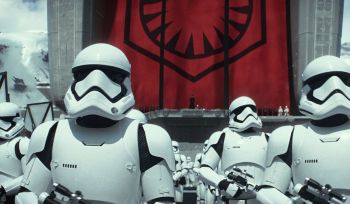 Princeton University informed recent graduates they will be banning a popular costume during their Star Wars. Doesn’t a costume ban mean Princeton is no better then the Empire?

Graduates from Princeton’s 2012 class will not be able to attend a “Star Wars”-themed party in Stormtrooper gear due to fears that it will convey a racist message.

“A few of our classmates reached out expressing concerns over our choice to use Stormtroopers as our costume inspiration,” the email said. “We have been informed of the origin of this word and its connections to early- to mid-20th century Germany. This is something neither we nor anyone on your Reunion Committee were aware of, but something we take very seriously. Tonight we made the unanimous decision to remove these costumes.”

Princeton is an Ivy League school. AN IVY LEAGUE SCHOOL. They are apparently our best and brightest; the people who used to become presidents and leaders of industry. Now they are triggered by a costume from a science fiction film? Are you f**king kidding me??

Oh, and apparently Princeton’s History Department is garbage, because the snowflakes melting over Nazi references do not know where the term “stormtrooper” originated.

Stormtroopers were specialist soldiers of the German Army in World War I. In the last years of the war, Stoßtruppen (“Shock troops” or “Thrust Troops”) were trained to fight with “infiltration tactics”, part of the Germans’ new method of attack on enemy trenches.

So the Princeton snowflakes were only off by one world war. There were no Nazis in World War I, and Hitler was a lowly corporal in the German army.