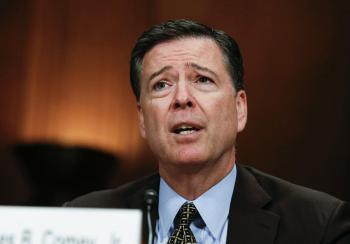 Former FBI Director James Comey, the most principled man ever to work in law enforcement, is suing to quash his subpoena before a House inquiry set for December 3rd.

Former FBI Director James Comey is asking a federal judge to block a subpoena for his closed-door testimony before the House Judiciary Committee.

The committee subpoenaed Comey on Nov. 21 to appear for a deposition Dec. 3 regarding his handling of the FBI investigations into Hillary Clinton’s use of a private email server and possible collusion between the Trump campaign and Russian government.

Comey responded to the subpoena on Twitter, calling for a public hearing instead of a private interview. His attorneys argue the subpoena request violates House rules, which they assert operate under the presumption that hearings be open to the public.

The reason why Comey is protesting this is because if the hearings are open, he can use that excuse to claim he cannot divulge sensitive information. It’s cover, and it gives him an excuse to not answer questions. Comey is a despicable POS, but he’s not stupid.

Comey’s legal team also argues that the House committees have selectively leaked details of closed-door testimony from other current and former FBI officials.

That’s a joke, right? Comey leaked like a sieve about the “Russian collusion” investigation to your lawyer friend, who then leaked to the media. I guess it’s okay if you leak something, right asshole?