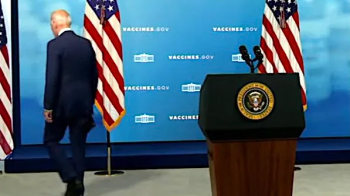 The Biden administration is preventing the rescue of persecuted Christian minorities from the Islamic Emirate of Afghanistan, where they face certain and likely gruesome death.

It’s amusing how leftists shriek if you criticize people who practice Islam, but it’s perfectly okay when Christians are getting slaughtered.

This information surfaced on August 26, 2021, during an interview between Glenn Beck and Tucker Carlson on Fox News. Through his charity, the Nazarene Fund, Beck had managed to charter planes to airlift 5,100 Christians out of Afghanistan and into neighboring nations. Before long, however, U.S. officials intervened and prevented the escape of a batch of 500 Christians, mostly women and children, who were ordered outside of the airport’s protection zone: “I have pictures of them pleading to get back through the gate,” Beck continued.

So not only is the Biden administration ignoring American citizens behind enemy lines, they are also ignoring Christians who are being murdered by the Taliban. That’s an interesting position for a president who claims he’s a “Catholic.”

According to one recent report, “Taliban militants are even pulling people off public transport and killing them on the spot if they’re Christians.” Similarly, any Afghan caught with a Bible app on their phone is executed. “How we survive daily only God knows,” a Christian Afghani said earlier this year on condition of anonymity. “But we are tired of all the death around us.”

Sadly, the deaths will continue, because the United States of America is no longer a tool for good.

The illegitimate president and his illegitimate regime have issued instructions for Americans currently left behind in Afghanistan.

“Hide.” No, seriously, that is what the State Department recommended. Hide from the Taliban; that’s pretty much it.

The State Department on Sunday told Americans in Kabul that their best chance of survival is to hide.

“The security situation in Kabul is changing quickly including at the airport. There are reports of the airport taking fire; therefore we are instructing U.S. citizens to shelter in place,” the U.S. Embassy in Afghanistan said in a statement published on its website on Sunday.

The embassy then told everyone that even as the Taliban took over Kabul, it is vital to have the proper paperwork in order.

Yes, because when you’re trying to flee a country taken over by terrorists, the illegitimate Biden administration wants to make sure your paperwork is in order. Preferably without blood stains.

“U.S. citizens wanting assistance in departing the country should register for any option that might be identified to return to the United States, and must complete this Repatriation Assistance Request for each traveler in their group,” the embassy notice said.

The final paragraph is crystal clear. For those Americans stuck in Afghanistan, you are on your own.