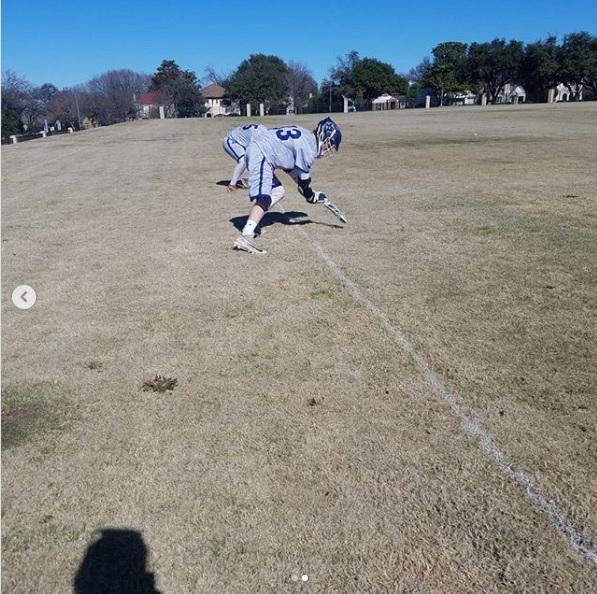 Yesterday was the unofficial start of Kyle’s college lacrosse career with a scrimmage versus TCU. The day began with Kyle making University of Dallas’ Sports Med posting this photo of him on Instagram.

Then, a half hour before the game, Erik found TCU’s YouTube channel, which was broadcasting the game! Since Kyle is the primary faceoff guy, the announcers mentioned him often.

(As a parent, there is no bigger thrill than hearing your son’s name mentioned during a live sports broadcast.)

TCU has a much larger pool to draw from, and they outnumbered UD by a good 10-15 players. They were also very physical, and Kyle got hit hard a few times, always popping back up.

The plus side is he played a ton, but unfortunately, it was not Dallas’ day, and they lost 18-4. Thankfully it was only a scrimmage.

Either way, I’m very proud of him, despite the score.

The video of the game is below the fold, if you want to hear the boy’s name. He wears #13, and he gets a nice talk-up at 56:05. He is also the first player you see, taking the faceoff in gray.