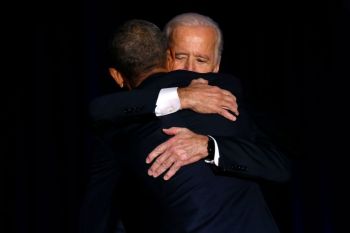 Acting DNI (Director of National Intelligence) Richard Grenell declassified and released the list of Obama appointees and staffers who unmasked the identity of General Michael Flynn between 2016-17.

Every one of these bastards need to see the inside of a prison cell. If you click the tweet below, you can see all the traitors’ names.

Oh, speaking of people who belong in prison, John Brennan hid evidence the Russians actually wanted Hillary Clinton to win the 2016 election. Kinda puts a damper on the whole Trump is a Russian Stooge talking point.

Artisanal ‘ette at Ace of Spades had a terrific comment: “Trump is owed 4 more years. I’m not kidding.”

She’s not wrong. The president should walk to the podium and seriously ask, “Where do I go to get my first term back?” The president needs to be reelected. There is no way any conservative should sit home on Election Day; not after what the Democrats have done.

Huge hat tip to AOSHQ, since Ace always gets the great stories before I see them.

Obama hack Susan Rice, the woman who lied about the Benghazi attacks on national television, was behind the unmasking of Americans caught up in the surveillance of the Trump transition team.

The pattern of Rice’s requests was discovered in a National Security Council review of the government’s policy on “unmasking” the identities of individuals in the U.S. who are not targets of electronic eavesdropping, but whose communications are collected incidentally. Normally those names are redacted from summaries of monitored conversations and appear in reports as something like “U.S. Person One.”

Rush Limbaugh has continually reminded people the one name which has never come up during the alleged Russian hacking scandal is Barack Obama. It is clear now that Obama not only knew about the surveillance and unmasking, but also approved it. The former president needs to be dragged before Congress immediately.